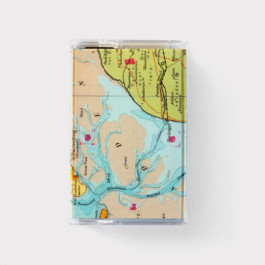 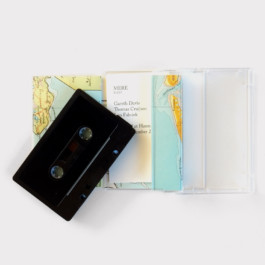 Mere is a trio consisting of Thomas Cruijsen, Leo Fabriek (The Julie Mittens) and bass clarinet all-star Gareth Davis. They met each other while working on a Dutch TV documentary called 'Visserman'. Afterwards they decided to further explore their collaboration as Mere.

This tape brings two pieces of their improvised free-jazz, which Mere takes to a more slow and darker territory.

The two pieces show a restrained focus. The omnious humming of Thomas' bow running along the strings, recalling eastern drones or even no-wave, makes an excellent base for the gorgeous whimsical style of Gareth. Carefully the tension builds up - guided by the open drum work of Leo Fabriek - to a point where they release some pressure but never to explode.

Every tape available comes with a unique cover design and is therefore a 'one-of-a-kind'.