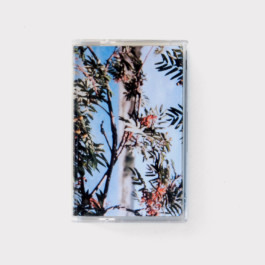 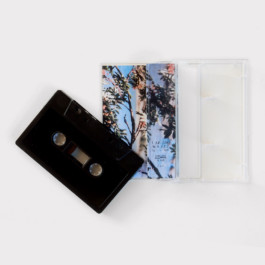 “Tussendoortje” from our favorite Dutch folkie Thijs Kuijken going back to basics. On this tape it’s just Thijs focussing on layering his own vocals and adding occasional sparse instrumentation. The cover art almost seems a close-up detail of his latest album release 'Oasem LP', perfectly illustrating the idea of this tape.

Waves begins with II, a vocal only piece. III is a more traditional track with acoustic guitar, but seems more haunting than regular I am Oak tracks. IV begins almost like an Arthur Russell song with a weird echo on his voice, gently building up the suspended chords. IV is followed by the short organ interlude V. The acoustic guitar returns on VI while VII closes the tape on a less introvert note with an almost gospel-like vibe

Waves II - VII are basically sketches that therefore have lost nothing of their original charm. Sometimes hinting at a pop song but never really becoming one and always focussing on Thijs's soothing voice.
The pieces keep meandering in the nicest way possible, gently heaving the listener on their waves.